Blackrock is an affluent south Dublin suburb, it is home to  many international businesses, the Blackrock markets and a number of restaurants, cafés with a population of 30,677 (census 2016).

It is situated approximately 9km to the south east of Dublin city. Dun Laoghaire is approximately 3km to the east of Blackrock providing a number of seaside amenities. Blackrock is bordered by a number of densely populated areas to include Mount Merrion, Booterstown, Stillorgan, Foxrock and Monkstown.

The subject property is situated just off Carysfort Avenue, a busy thoroughfare providing direct access to Blackrock Village. The property is just a short walk from Blackrock Village and benefits from a host of nearby amenities to include Carysfort Park opposite the property, the newly refurbished Frascati and Blackrock Shopping Centres, together with a number of cafes and restaurants in the village to include The Mellow Fig, The Wooden Spoon Café, Bear Market, Liath Restaurant, Kelly & Coopers and El Celler.

Surrounding occupiers include a number of well know national and international occupiers to include Tusla, Lioncourt Investments, Zurich, Allianz Global Life and Kraft Heinz. The UCD Michael Smurfit Business School is also located within close proximity. Transport links in the area include the Blackrock DART Station which is approximately a 10 minute walk from the property and provides direct access to the city centre in approximately 15 minutes. There is a host of Dublin Bus routes on the nearby Frascati Road to include the no. 4, 7a and 7, together with the Quality Bus Corridor on the N11. The N31 provides direct access to the N11 and M50 Motorway making it easily accessible via car.

Brookfield House is a prominent three storey modern HQ office building with the benefit of 14 surface car parking spaces. The property provides for 1,068 sq.m. (11,500 sq.ft.). of Grade A office accommodation.

The building comprises of a predominately glazed facade fronting onto Brookfield Terrace, with a landscaped paved courtyard to the front and rear.

There is a large reception at ground floor with one passenger lift which serves all upper levels. The bright modern floor plates arranged over ground to second floor range in size from 2,830 – 5,340 sq.ft  GIA..

The accommodation has been finished to the highest standards and the premium finishes and materials provide a contemporary modern workspace, which will suit a variety of occupiers. The second floor has the benefit of two balconies to the front with shower facilities on the ground floor.

The building meets the highest standards of sustainability with a green roof and benefits from a Building Energy Rating of A3.

Brian is an Associate Director within the QRE Agency and Investment Team. He is a qualified Chartere... View More

David is Director of the QRE Agency and Investment Team. He is a fully qualified Chartered Surveyor ... View More

Send us a message 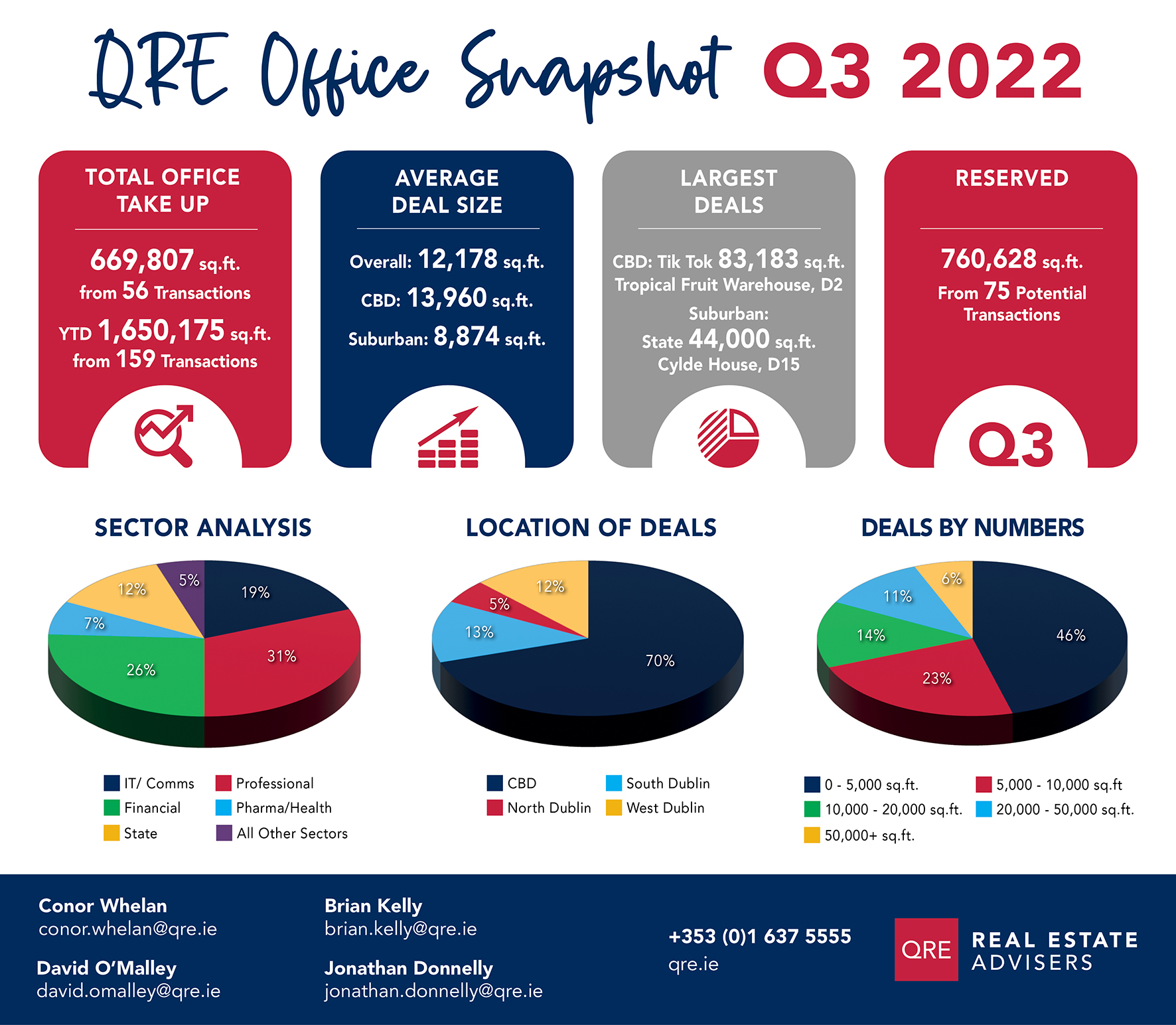 The Dublin office market recorded close to 670,000 sq.ft of Q3 office take up to bring the year to d...
Read More 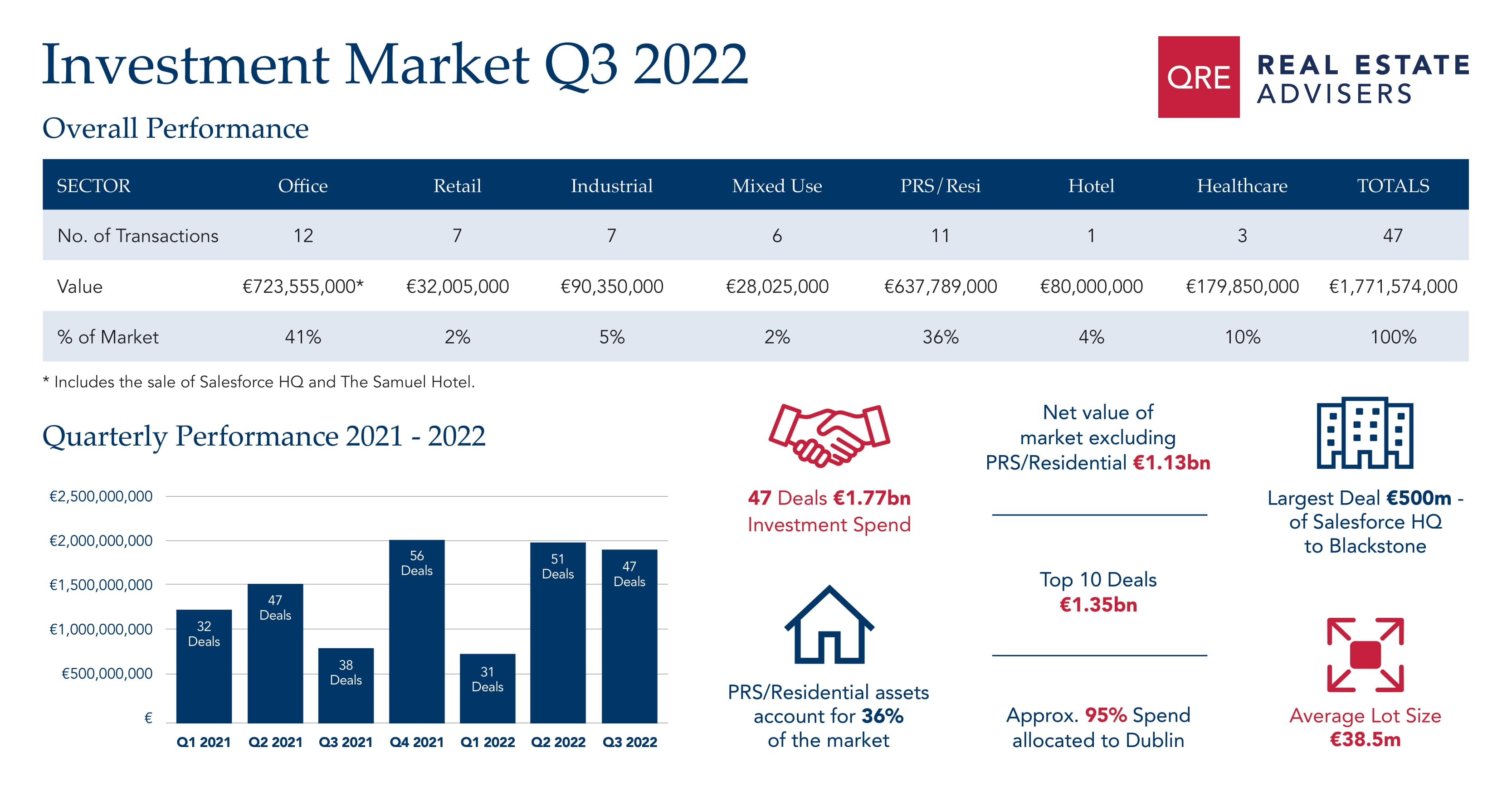 An intriguing quarter for the property investment market, seeing a total of 47 transactions, with a ...
Read More 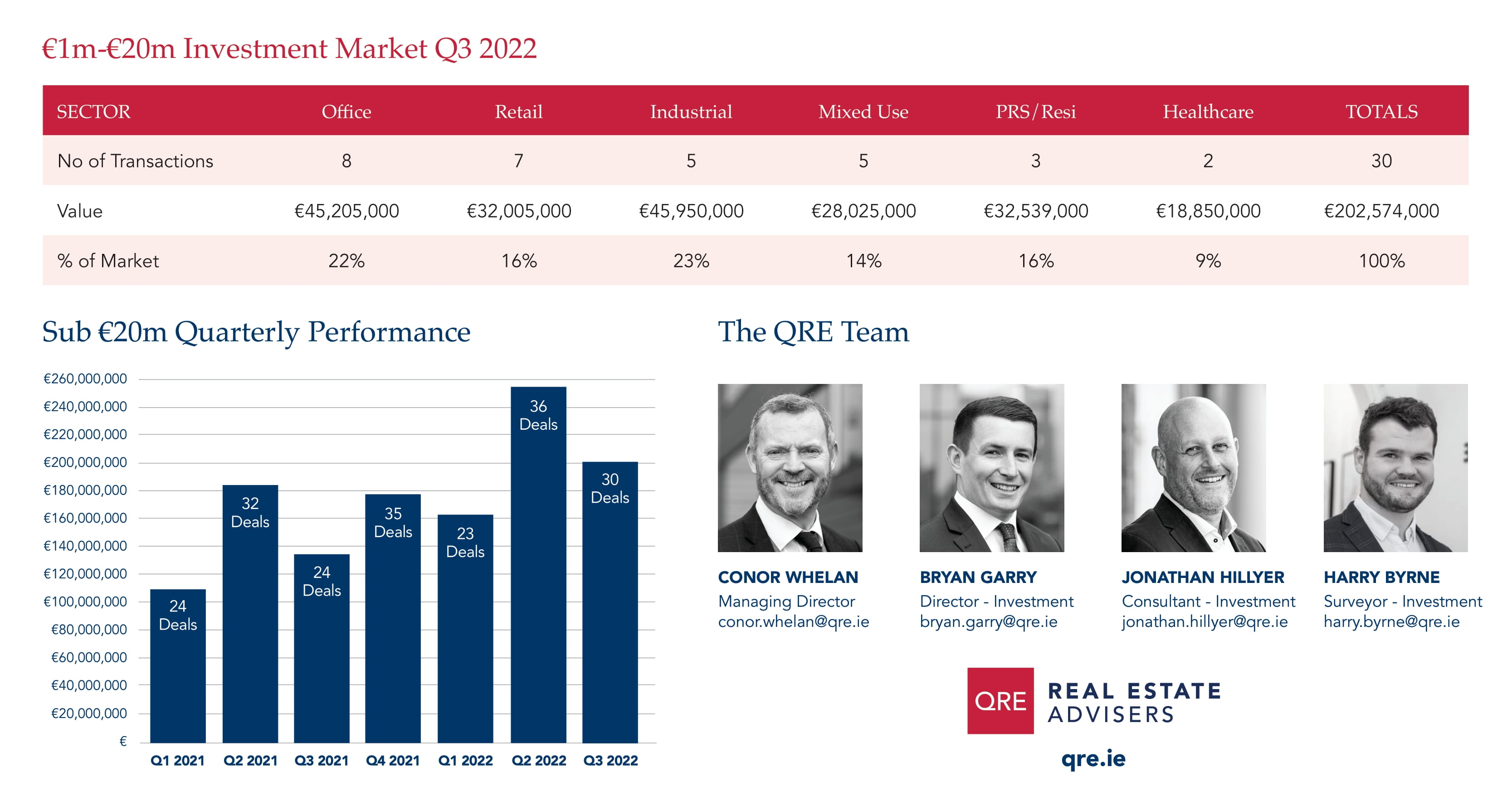