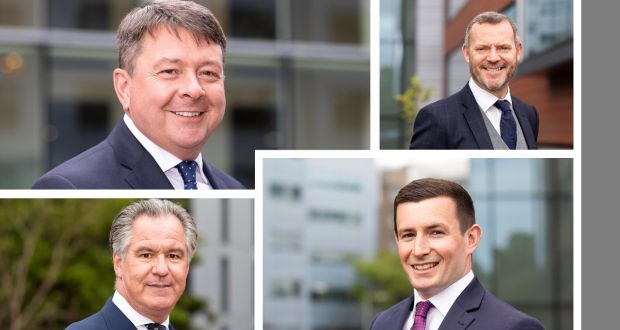 Following the completion of a management buyout last week, QRE Real Estate Advisers has announced the appointment of two new partners to its senior management team.

Mr Garry has 11 years’ experience in the commercial property industry and is widely recognised as an expert in the Irish investment market. Prior to joining QRE, he worked with Savills and Allsop in Dublin. He is a member of both the Society of Chartered Surveyors in Ireland (MSCSI) and Royal Institute of Chartered Surveyors (MRICS).

Commenting on the appointments, QRE managing partner Conor Whelan said: “While these are challenging times, both Paul and Bryan have been crucial in the development of our company over the last five years, and we are pleased to be in a position to offer them equity roles in the business. We look forward to an exciting future together.”

Since being established in 2015, QRE has built an extensive client base which includes numerous of Ireland’s leading institutions, corporates, property developers, and private investors.

The company recently advised DLR Properties, a subsidiary of Dún Laoghaire Rathdown County Council on the sale of Town Centre 3 in Cherrywood, south county Dublin, and has subsequently been appointed as joint agent by developer Johnny Ronan’s RGRE to advise on the development and leasing of almost 1m sq ft of office space in the proposed scheme.